Home › views › Commentary by CJ › What Did We Learn This Week? And Is It Prophesied?

What Did We Learn This Week? And Is It Prophesied? 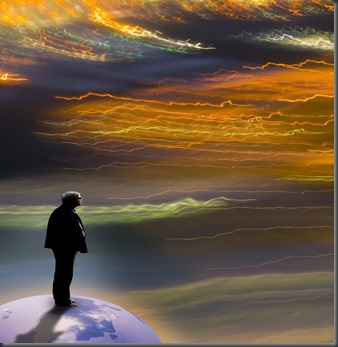 This past week was an epic week according to some.  The world averted yet another crises when it was agreed to raise our debt ceiling.  This is quite the farce.  There is still the debt crises, there is still a push from China and the Brics nations for another world currency, and this just made them push harder.  This solved nothing, that’s right solved nothing.  We are still broke, the only difference is the bill to put off or defund obamacare  didn’t make it off the table.  As the president shouted from the rooftops ‘You will not stop this!’  This is incredible.  He also said that Americans should stop listening to reporters, Republicans, and Bloggers.  Of course that is a veiled statement, what he means is we are not going to listen to the people anymore.  The people spoke louder than they ever have lately and they were ignored.  There was even a warning in the House during the vote, from a House Stenographer.  Of course they said she is mentally disturbed.  Something is very dark and sinister about the recent events of our government.  We have reached a point where our government no longer cares about it’s people, they know best, and they will have their agenda even if they have to hold the world hostage to get their way.

There is a portion of the healthcare bill that say’s that all will be microchiped by 2017. (Read here) This is from many sources not just one.  It’s true.  Some states are trying to stop this, calling it the ‘Mark of the beast legislation.’   I do agree that it will be a world wide system of tracking, gathering info, and as we have  seen the test run when the government was ‘shut down’  that they will cut off your funds, and ability to buy.  We also learned that they can deny religious rights to the military even locking chapels.

We learned that the Dean of the National Cathedral in Washington, the very church that was dedicated to St. Peter, and St. Paul, say’s it’s a sin to call homosexuality a sin.

Saudi Arabia is mad and their not going to take it anymore.  They are refusing to be a part of the National Security Council because they feel betrayed by the west,  because we didn’t interfere militarily in the War in Syria.  I find it odd that they are even considered for a seat, given their persecution of women, children and Christians.

We have come to learn that there are 2 world leaders who are volleying for control.  And the questionable background of both should make the hair on the back of your neck stand up, even without religious convictions.

Putin, well lets just say has a colorful background.  However, there is a large sector that views him as a savior type.  There is even a church in Russia that worships him.  They think he is the reincarntion of St. Paul, come to the present to fight the Antichrist.  You can’t make this stuff up.

We all know obamas colorful background.  It’s as though he was created instead of born.  His whole past was orchestrated even his teachings in the muslim religion.  His religious views are just as twisted.  There are many who view him as a savior of the world.  He has uprooted the middle east, and turned it into a battleground for kingdoms to fall or follow the New World Order with him at the helm.  China is taking a back seat, although they control the purse strings.

Egypt is fighting this World Order, Saudi Arabia is making noise.  But as Walid Shoebat say’s ‘Read the book, it’s in there.’  This really is all in the Bible.  I can’t believe how clear all this is becoming.  The book of Daniel might as well have been written in Greek, for me, but lately it has jumped off the pages, as I recognize current events in it’s pages.  It’s time to wake up, it’s time to prepare, God is warning us, he is sending messages in many ways, through many of His watchmen. The ‘New’ ‘Charismatic, interfaith’ preachings are about to bring the church into the end times ‘Day of the Lord’ unprepared! And Diane Reidy is right, you can not serve 2 masters! This is exactly what Satan wants.   Are you ready?

No man can serve two masters: for either he will hate the one, and love the other; or else he will hold to the one, and despise the other. Ye cannot serve God and mammon. 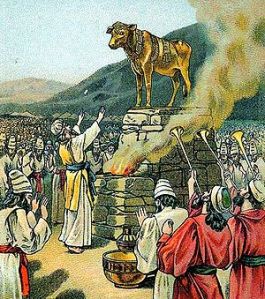 2 Kings 17:41
Even while these people were worshiping the LORD, they were serving their idols. To this day their children and grandchildren continue to do as their ancestors did.