My Comment:  1 Corinthians 5:9, 1 Corinthians 6:18, 1 Corinthians 6:13, Leviticus 18:22  ‘You shall not lie with a male as with a woman.  It is an abomination.’  And if you think we can’t use Leviticus for God’s word against homosexuality read here.  Homosexuality is a sin plain and simple.  I’ve been over this and over this, I will not change my stance and these churches that is affirming this are wrong and are attacking God’s written word.  They are leading people astray. 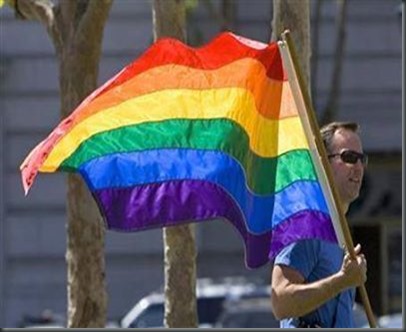 (Christian Post)  Fifty hand-picked Christians were part of a seminal conference last week planned by Matthew Vines, a 23-year-old gay Christian who believes Scripture allows for monogamous homosexual activity, in an effort to spread the idea in the American church over the next decade.

Vines says he has had success in convincing lay members of churches over the last year that monogamous homosexual activity is allowed by Scripture, but is encountering resistance from Scriptural scholars. He is likely to encounter much more, say theologians.

More than 100 people applied to participate in the four-day conference, though only 50 were accepted, and the chosen were required to rigorously study throughout the summer before the conference even began. Vines sent them 1,100 pages of dense, academic reading material, for example, to make sure they understood both sides of the issue before the event began last Wednesday.

“The goal of the conference was to be training Christians who are in churches that don’t currently support LGBT people and to give them the biblical tools and knowledge that they need to go back to their churches and have constructive, persuasive conversations with other believers on these issues,” Vines told CP.

Some conference participants do attend LGBT-affirming churches, Vines told CP, though those who do so have other ties to conservative Christians.

The event was held last week at Asbury United Methodist Church in Prairie Village, Kan., and was hosted by The Reformation Project, an effort started by Vines to re-educate the church concerning gay activity. The Reformation Project is a “Bible-based, Christian non-profit organization that seeks to reform church teaching on sexual orientation and gender identity,” according to the group’s website.