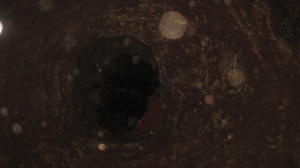 WAYNESVILLE, Mo. — A bizarre accident killed a deer hunter while he was walking in a wooded area in rural Pulaski County. The incident occurred Monday evening while a local man was bow hunting near his home off Red Oak Lane near the Buckhorn area.

Around dusk, the hunter told his wife that he just shot a deer and was returning to the woods to try to track the animal.  When the man failed to return home, his wife reported him missing to the Pulaski County Sheriff’s Department.

Law enforcement officers and firefighters then began a late-night search, which ended shortly after 3 a.m., when the hunter’s body was discovered at the bottom of a large sinkhole just a short distance from his home.

The sinkhole is about the size of a car at ground level and is estimated to be 65-70 feet deep. After examining the scene and speaking with the property owner, investigators assume the sinkhole recently opened, possibly during the heavy rains last month.  They don’t think the hunter saw the opening before falling into it, due to it being hidden behind tall foliage, along with the existing low light conditions.