Dying Nigerian Pastor: ‘I Will Never Deny My Savior’ 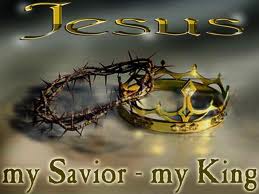 My Comment:  May God send His angels to comfort this family.  This Pastor gave His life for His Testimony and we know from the Bible he is with the Savior.  Praying for the persecuted Christians.  I pray courage, strength and protection for all Christians.  Rev. 6:9  ‘when He opened the fifth seal, I saw under the altar the souls of those who had been slain for the word of God and for the testimony which they held.  and they cried with a loud voice saying, how long, O Lord, Holy and true until you judge and avenge our blood on those who dwell on the earth?  Then a white robe was given to each of them; and it was said to them that they should rest a little while longer until both the number of their fellow servants and their brethren, who would be killed as they were was completed.’

SANTA ANA, Calif. (Open Doors USA) – On May 14, in plain view of his wife and one daughter, suspected Boko Haram Islamic terrorist members gunned down Rev. Faye Pama Musa, general overseer of the Rhema Assembly International Church and secretary of the Christian Association of Nigeria (CAN) in Borno state.

A month later Open Doors workers visited his widow Mercy at her home in Maiduguri. The widow and mother of four warmly received the visitors into her house.

When she sat down to speak to Open Doors workers, she burst into tears. “True friendship is what I am seeing today,” she said. “How did you manage to come to Maiduguri at this dangerous time when people are vacating the city? You are most welcome here in Jesus’ name. I am so happy to see you again.”

The events of the evening of May 14 will never be forgotten. Musa, Mercy and some of their children were home. While Mercy was preparing supper, Zion, a daughter who was sitting outside, noticed three armed men jumping the fence. She ran into the living room to alert her father. Musa glanced through the window and saw the intruders by the front door. The next moment they forced their way into the house shouting, “Everybody on the floor!”

Musa instantly knew why the men had come and tried to escape through the back door and over the fence. But they caught up with him and dragged him to the porch. “Today you are a dead man. Call your Jesus to help you, Mr. CAN man,” one of the terrorists shouted.

Musa did not give up without a fight. While wrestling with the three men, he continually called upon Jesus. For Zion, her father’s desperate battle was too much to bear. She got off the floor and ran to the porch to where her father was struggling. She begged the attackers to spare his life. They fired a shot at her and missed. But the shock was too much for her and she fainted.

The struggle continued. Mercy heard her husband say, “I will never deny my Savior.” As she crawled to the door, she saw the attackers shoot him three times in the head. Musa died on the spot. The attackers left in a car.

“Pastor Musa will be remembered as a father, a friend and as a role model. It will take the church in Borno a long time to cope with the enormous loss of this bold yet graceful leader and mentor,” said an Open Doors spokesman. “His deepest desire was to see a strong church pressing forward despite perpetual harassment and killings at the hands of extremists.”

Musa not only had friends among Christians. Many Muslims expressed shock at his death. A prominent Muslim security official strongly condemned the murder, saying, “Rev. Faye Pama Musa was an ambassador of peace. I will miss this Christian man who was a blessing and a huge asset for this society.”

Like Loading...
‹ ” I Think Myself Happy”
More Double Talk: Israel to Lose 15% of Major Blocs in Future Deal ›