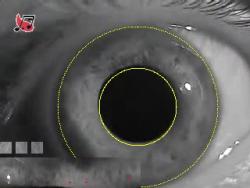 A series of behind-the-scenes mistakes by educators in a Florida school district led to children’s biometric information being culled without their parents’ permission, TheLedger.com reported.

In May, parents of students in the Polk County School District received a letter stating a pilot program would track bus riders using each child’s iris.

Parents could opt out, but by the time they learned about the program, the company charged with gathering the information had already captured images of about 750 children’s eyes.

According to TheLedger.com, a series of missteps ensued, including allowing Stanley Convergent Security Solutions to scan children’s eyes before a contract was finalized.

Also, The Ledger reports, John Stewart, then-interim school superintendent, didn’t even learn about the program until the scans had already taken place.

Rob Davis, a district administrator whose division includes transportation and school security departments, acknowledges the errors, and said the district has instituted changes to ensure nothing like this happens again.

Meanwhile, Stanley Convergent, which declined to comment for The Ledger story, told the district it deleted the information gathered from students.

But some parents aren’t so sure, citing the technology maxim: Nothing is ever really gone from the Internet.

Connie Turlington, upset that her 11-year-old son was scanned at Davenport School of the Arts, said the mistakes appeared to be no coincidence.

“It sounds like a simple case of it’s better to ask forgiveness than permission,” Turlington told The Ledger.

April Serrano, whose 8-year-old son had his eyes scanned at Bethune Academy as part of the pilot, said she doubts the reasons the district gave for the system. The district says parents of bus riders call daily asking where their children are, causing officials to frantically track down when and where the child departed the bus.

“They have no concept of what they’ve done here,” Serrano said.

“It was almost a comedy of errors,” said Wes Bridges, a school board attorney.

The most recent iris-scan tracking system was the latest in a list of systems planned by the school district.

In 2009, for example, it pursued a system that would have tracked bus riders using fingerprint scanners. That didn’t happen, so it opted for a transmitter system that relied on students carrying a special card onto the bus.

According to The Ledger, Davis is unsure exactly how the pilot program materialized at the end of this school year. He was under the impression it would begin in the 2013-2014 school year, he said, when the School District could orient parents to the technology’s relatively new application. He learned in May that his staff had already scheduled the company to begin registering students this year by scanning their eyes.

As a result of the parents’ opposition to the pilot program, Davis said the district is no longer considering using biometric devices on school buses.