With everything that is going on in the world today, we forget about the oppressed people of North Korea.  These people suffer greatly.  We all hoped the new leader would be better than his father, but it looks like that is not the case.  Please remember these people in your prayers. 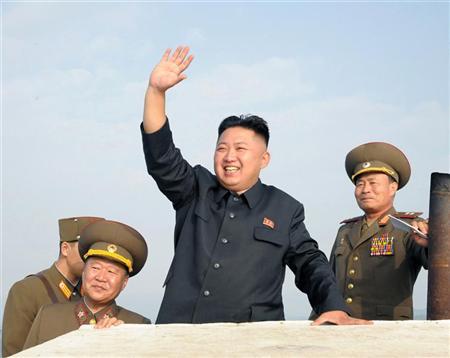 (Reuters) – North Korea’s new young leader is using an imminent rocket launch to bolster his prestige internally and crack down on dissent amid signs the transition of power is not going as smoothly as planned, a top South Korean official said on Friday.

The isolated North is to launch a rocket carrying what it says is a satellite between December 10-22 in a move that has been condemned by the United States, South Korea and Japan as they believe it is designed to test technology for a long-range missile capable of delivering a nuclear warhead.

Kim Jong-un took power in December 2011 after the death of his father and initial signs that he was willing to open the economy have given way to fears of a crackdown.

“There is a large-scale witch-hunt going on,” a senior official in South Korea’s presidential office said.

He spoke with foreign journalists on condition of anonymity due to concerns over rising tensions between the two Koreas over the rocket launch and his comments could not be independently verified, although the South gathers intelligence on North Korea.

Russia, echoing its criticism of a failed North Korean rocket launch in April, said North Korea had been warned not to ignore a U.N. Security Council resolution which “unambiguously prohibits (it) from launching rockets using ballistic technology”. China, North Korea’s major ally, has also urged it not to take any action that “worsens the problem”.

Kim has purged much of the top military leadership that he inherited from his father in recent months and often appears in public with armed guards, indicating concerns over unrest, the South Korean official said.

Late last month, Kim named a new defense chief who is believed to have masterminded an attack on a South Korean island in 2010 and who has close links to Syria, one of the few allies of the poverty-stricken North.

North and South Korea have been technically at war since their 1950-53 conflict ended in a truce, not a peace treaty, and regional powers have for years been trying to rein in the North’s nuclear programme. North Korea carried out nuclear tests in 2006 and 2009.

The official said that Kim, believed to turn 30 next year, had ordered modern equipment for his riot police from another country and had also had them trained to handle possible civil disturbances.

“We know that North Korea is sending riot police for training to another country and they are importing a lot of equipment for the riot police,” he said.

He declined to name the country and said that there had been no signs that Seoul could see of unrest in North Korea.

Kim met this week with top North Korean law enforcement officials, according to Pyongyang’s state news agency KCNA and the South Korean official said that the message had gone out to prevent the possible spread of dissent.

“They are trying to root out those who are not happy with North Korea,” the South Korean official said.

Like Loading...
‹ Mohammed Morsi Fans the Flames of Hatred in Egypt – SPIEGEL ONLINE
Barbarians Versus Barbarians In Syria ›